apexart is a 501(c)(3) not-for-profit contemporary visual arts organization located in Lower Manhattan. Through our exhibitions, international fellowship programs, publications, and events, we are committed to cultural and intellectual diversity and aim to stimulate public dialogue about contemporary art. We are interested in employing democratic processes within the art world and involving our audience in the decision-making process to ensure that our activities reflect the interests of our viewers. Over the years we have worked with more than 1,700 artists—from emerging to established—from all over the globe, have organized over 180 exhibitions, and hosted more than 120 fellows from diverse fields. We have produced four books on timely subjects in the arts such as the changing role of independent curators, the varying missions of alternative spaces, and the nomadic lifestyles within the contemporary art world; and we print brochures for each exhibition that include an essay by the curator and images of the pieces in the show. Each season we distribute 70,000 full-color interpretive exhibition brochures to individuals and institutions in 110 countries. In addition, our web-based audience consists of over 10,000 unique visitors monthly from more than 100 nations. This widespread distribution and outreach of our programs is vital to apexart's ability to develop new audiences and to bring new voices and critical perspectives to New York. In the 2014-15 season apexart distributed more than $35,000 to 150 artists, curators, and event participants. All open calls are free to enter and no participants are charged to participate in any program.

Founded in 1994, apexart's original mission was to facilitate independent curators—a fairly new employment at that time—by giving them a space in which to experiment. To avoid functioning as a promotional gallery space, all organized shows must be idea-based and include the work of at least three artists. Over the years, as independent curators flourished and became staples of the art world, apexart shifted its focus to providing curatorial opportunities to individuals from any background, encouraging creative ideas from fields outside of the visual arts. In 1998 apexart developed the Unsolicited Proposal Program (UPP), an annual open call that accepts proposals for group exhibitions from anyone in the world of any background. Still in place today, the UPP receives hundreds of proposals each year, which are read by a jury of up to 200 international arts professionals who vote online and determine the three winning proposals, which then become part of the next apexart exhibition season.

As the art world found new inspiration in business practices, apexart began to play with the idea of museum franchises by starting The Franchise Program (FP) in 2008. The FP is an open call with the same guidelines as the UPP, but the resulting exhibitions are mounted in locations around the world outside of New York City, where the organizer has proposed the show take place. This results in projects that are deeply integrated with the local cultures, traditions, economies, and people of the areas where the shows are presented. Winning exhibitions have taken place in Bangkok, Thailand; Stockholm, Sweden; Amman, Jordan; Mexico City, Mexico; Lima, Peru; Johannesburg, South Africa; Kampala, Uganda; Memphis, Tennessee; Marfa, Texas; Phnom Penh, Cambodia; Ramallah, Palestine; and Detroit, Michigan. Once again, the three winning exhibitions are selected by our audience in accordance with our goal to facilitate exhibitions on subjects of interest to our viewers.

The apexart International Fellowship Program began in 1997 as a more traditional studio-based program. Over the years, the program evolved into an educational and cultural-immersion model, designed to address issues of production and inspiration. Fellows are selected through a recommendation process in which individuals rooted in creative communities around the world are asked to recommend a fellow whom they think would benefit from a non-production-based, non-promotional, exploratory program in New York. Recommenders are asked to consider individuals who have not received as much opportunity as they might deserve, have not traveled extensively, and who would take advantage of the opportunity to gain experience outside of their chosen field of interest. Fellows must be at least 30 years old and can never have been to New York before, which indicates to apexart that they have made the commitment to being a professional artist while not yet receiving an exhibition or fellowship that might have taken them to New York in the past. Once in New York, fellows are asked to refrain from working on professional projects and instead follow a custom-made 30-day schedule that includes events, lectures, classes, workshops, visits to little-known cultural institutions, and meetings with individuals in various fields throughout the city. Fellows are not given a studio and there is no exhibition of their works at the end of the fellowship. The program is an opportunity to take a break from the pressures of production and instead focus on learning through doing: exploring a new culture, city, and people and exposing them to as many new ideas as possible with the hope that a new spark of inspiration will be lit that they may later incorporate into their work. In keeping with its focus on international experiences, apexart developed a mirror International Fellowship that sends New-York-based art professionals to locations around the world for similar programs, including fellowships in Seoul, South Korea; Addis Ababa, Ethiopia; Athens, Greece; Kellerberrin, Australia; Bangkok, Thailand; Sao Paolo, Brazil; and Phnom Penh, Cambodia.

apexart is also committed to developing public programs that are free and open to our community. Three events are organized in conjunction with each exhibition. These events are designed to address subjects related to the show and include lectures, screenings, panel discussions, workshops, and more. apexart also organizes a reading series each season, working with author and editor Albert Mobilio, in which writers are paired together and asked to write original short pieces on a shared experience. Readings are held at least four times a year and are free and open to the public.

We have been privileged to work with such well-known individuals as Vito Acconci, Martha Rosler, Dave Hickey, John Baldessari, Hou Hanru, Ute Meta Bauer, David Byrne, Janine Antoni, Kerry James Marshall, and Jean-Hubert Martin as well as other known and lesser known individuals from around the world. 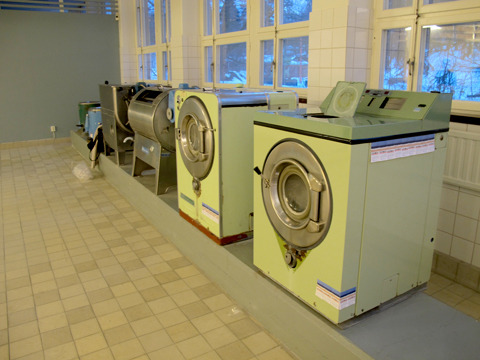 Since 2009, apexart has been hosting Franchise Exhibitions around the world. Started to address the boundaries of art and business, the Franchise Program has since presented over 15 exhibitions in 12 different countries and 4 states, each exploring an idea specific to the location. We encourage you to submit a proposal for the next season. This year, four winners will be the director, curator, and/or staff of their own month-long apexart franchise with a budget, a salary, and almost complete control of the project's development. apexart provides the funding along with the necessary guidance and administrative support to make the curated exhibition happen. The Franchise is an opportunity to help bring an idea to fruition in a new place and to illustrate that the center of the world is wherever you are.

Submit your proposal for an idea-driven, group exhibition to be presented anywhere in the world – outside of New York City.

Submissions are 500 words outlining your idea, where it will take place, and why the idea and location are connected.

All exhibitions must include the work of at least three artists.

apexart provides a budget of up to $8,000 for travel, shipping, artist honorariums, and installation expenses.

Artists do not need to be confirmed before you apply.

Please note that apexart is not a funding organization and exhibitions are part of apexart's regular programming.

The Unsolicited Proposal Program is a democratic selection process where an international jury from diverse backgrounds votes on which exhibitions will be presented at apexart. The focus is on creativity and the strength of the idea, not on an individual's CV or past accomplishments. To that end, apexart removes submitters' names, biographical information, and any supporting links from proposals so that the jury only votes on the text that describes the exhibition idea. Started in 1998, the Unsolicited Proposal Program is open to anyone from anywhere in the world. Submit your idea in 500 words or less between October 1 - 31, 2015 to be considered for an exhibition in our 2016-17 Exhibition Season.

apexart's Unsolicited Proposal Program is an opportunity for anyone, from anywhere, to submit a proposal for an idea-based exhibition to be presented at apexart.

Three winning proposals will be presented at apexart in New York City as part of our 2016-17 season.

apexart assembles an international jury of 150 individuals from all backgrounds.

Jurors vote online and can only see the text of the proposal; curator names and any biographical information or links are removed.

apexart’s custom-made crowdsourcing PHP script ensures that each proposal is read the same number of times, though by different jurors and in a different order.

Our php script aggregates all votes, determining the three proposals with the highest scores.

Winners receive a budget, curatorial honorarium, and administrative support to mount their exhibitions at apexart in NYC.

- Exhibitions must include the work of at least three artists.

- apexart provides a budget of up to $5,000 for travel, shipping, artist honorariums, and installation expenses.

- Please note that apexart is not a funding organization and exhibitions are part of apexart's regular programming.

- Artists do not need to be confirmed before you apply.

- $2,000 honorarium is provided to curator(s) at the end of the exhibition. 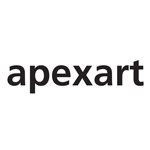