With the events and activities it organizes, santralistanbul aspires to be an international platform for arts, culture and learning, inspired by a comprehensive, multi-dimensional and interdisciplinary vision which promotes urban regeneration.

In its original incarnation, before restoration and conversion into santralistanbul, the Silahtarağa Power Plant is the Ottoman Empire's first urban-scale power plant. The facility went into service on the Golden Horn, Istanbul’s oldest industrial area, in 1911 and supplied the city with electricity up until 1983. Today, the power plant stands as a unique industrial heritage site following its conversion into santralistanbul, a project which involved the collaboration of public sector, private sector and non-governmental organizations alike. Opening its doors on 8 September 2007, santralistanbul is one the most exhaustive conversion projects to be carried out in Turkey in the field of arts and culture.

santralistanbul is a sum of many parts. These comprise, variously: the Museum of Energy, Turkey’s first industrial archaeology museum which came about with the conversion of the power plant's original turbine rooms and meticulous preservation of its contents; the Main Gallery building, a 3500 sq m space for contemporary art exhibitions and cultural events which was named an International Architecture Awards winner in 2010, which houses the Krek theatre and its innovative stage design, as well as exhibition spaces; Tamirane and Papaz, dining, refreshment and entertainment venues of award-winning design, which were converted from the maintenance workshop and and storage buildings of the former power plant. 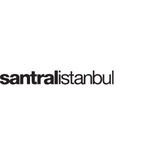